Norfolk cancer charity, Big C, has announced that the architectural design practice which designed their original centre at the NNUH in 2006, will be creating the design for their new Norwich centre in Dereham Road. The charity recently launched their Nearer to Home Appeal to raise £500,000 to raise the funds for the new centre which is due to open in 2020.

Consultant David Bissonet will work with Janet Jury and her team at Norwich-based architects and heritage expert Purcell on the project. David has specialised in historical restoration and care buildings throughout his career. “For us, the Big C centre at the hospital was the building that gave us the most satisfaction out of all the buildings I’ve ever designed. Architects can’t design great things without a great client. You’ve got to have a bold and imaginative client who will support your ideas and Big C has always been that” said David.

He continues, “The new centre is different, in that it’s an existing building, but it does have similar characteristics. We can produce sheltered environments within both. The goal is to make the outside a protected zone, which is experienced from inside the building, without making it look like a fortress to passers-by. Landscaped walkways will lead to the welcoming entrance and provide restful seating areas for reflection. Curiously the size of the new site on Dereham Road and the original Big C centre correlates. Although they are different shapes, they’re comparable in size.

“The concept with the Big C buildings is for them to be as domestic in design as possible. I’ve always used the fireplace as the focus of a room to make it feel like home. That idea helps reinforce the face that the Big C Centre isn’t medical and is as welcoming as possible.”

The design of Big C’s centres are heavily influenced by wellbeing. David explains, “Things have moved on in the 12 years since we designed the first centre and while all of the key things we are trying to achieve have stayed the same, there is now a greater emphasis on physical wellbeing, as well as psychological.

“We’ve added in activity rooms for gentle exercise classes and the kitchen is a more important aspect within this design. It’s going to be a lot bigger and used for cooking lessons to help improve diet and nutrition. On the flip-side, the information library is hidden away slightly. It’s not something you get a glimpse of when you arrive and that’s intentional. When you are in a library, you don’t necessarily want people looking over your shoulder. Finding the information you are seeking can be personal, so we wanted to make sure it was a private space. It’s quite in contrast to the sitting room, where we would encourage interaction.

“Returning to the idea of the fireplace, one thing we know is that working together in groups, rather than dealing with issues on our own is very beneficial. That’s why the sitting room is so important, as it encourages socialising. Some people do end up going off in little groups and like to find their own area to sit in, leaving these little nooks for people to gather, is also key, as it helps establish longer lasting relationships, where people will sit in a particular chair and say to their new friends, “I’ll see you here at the same time next week.”

Natural light is also a very important therapeutic element in the building. In the centre at the hospital, there are skylights and direct links to gardens via large windows and patio doors. David says, “It’s well known that seeing the natural world can have a significant therapeutic effect when undergoing treatment or doing therapy. In the new centre we will create gardens all around the building, so that from every room you can see greenery out of the window.

I’m looking to achieve a balance of planting that will allow light but block out sound. Planting softens and seals the building. It gives the whole place a softer approach.

Anna Olvieri from Lanpro is working with Purcell and overseeing the creation of a sensory garden to help achieve this. She says, “Creating both an entrance and outdoor spaces that are shut off from the hustle and bustle of the street and the urban surroundings is the biggest challenge. I’m looking to achieve a balance of planting that will allow light but block out sound. Planting softens and seals the building. It gives the whole place a softer approach. The garden will change throughout the seasons and can act as a distraction for visitors.

“I’ve chosen a high percentage of evergreen plants, so there is always something to look at. There are also plants with lots of different textures and colours to be that sensory stimulus. We’re also putting in edible plants, herbs and fruit trees. Many people enjoy being able to pick fruit or herbs to use in their cooking; they can use it in a cooking session at the centre or take it home. It’s all part of that ‘make yourself at home’ feeling that Big C is looking to create.”

Bird boxes will be in place to attract wildlife and both centres have water features in the garden area too.

David says, “It’s quite unusual to be able to rethink a project after a period of time. Usually I wouldn’t get that chance which is interesting. Big C is trying to do more than it’s done previously. The charity should be praised for the 40 years it’s been going and being brave enough to take on the centres, all those years ago. I’m very pleased to have worked alongside them.

“The new centre will be finished to the highest level, with the wellbeing of those using it at the forefront of everything. As with all Big C’s centre the atmosphere is warm and friendly due to the wonderful centre staff and volunteers who bring the building to life and provide the understanding and empathy needed.”

Every pound donated to the appeal will go directly to the build and development of this vital new centre to support local people, with the aim to open in early 2020. 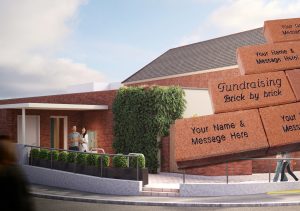 Is your family, group or organisation searching for a unique way to support a local charity? You can now buy a personalised engraved clay walkway 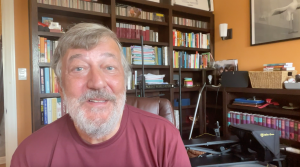 National treasure and cancer survivor, Stephen Fry, has voiced his support for Big C’s new cancer centre in Norwich via video. In the recording, Stephen 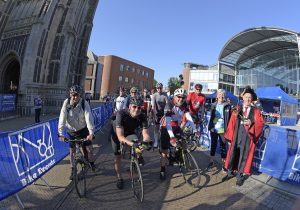 Landmark Norfolk cycling event the Norwich 100 took place on Sunday 6 June. Close to 900 cyclists completed either a 30, 60 or an impressive 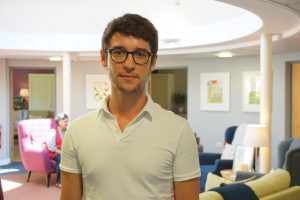 Norfolk cancer charity, Big C’s, Nearer to Home Appeal, creating a new cancer support facility in central Norwich, has been given a celebrity boost by 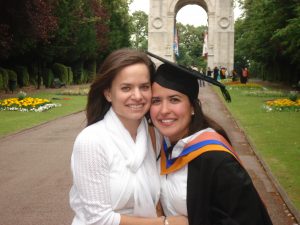 Norfolk and Waveney’s cancer charity, Big C, has received a £5,000 donation to their Nearer to Home Appeal from the family of an inspirational young woman who 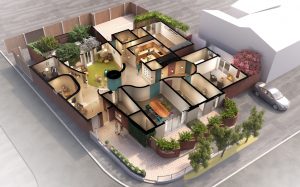 Have you heard our big news? We’re building a state-of-the-art wellbeing centre on Dereham Road in Norwich! The idea behind this new centre is to